Classic Japow: Why you need to visit before it’s too late

The year was 2007. The ﬁrst ever iPhone was announced. The 7th book in the Harry Potter series sold 11million copies in its ﬁrst 24hrs on theshelves. Shaun White was still the man to beat in both snowboard halfpipe and slopestyle. AND… it was my ﬁrst taste of the incredulously deep and oh-so-light Japanese pow pow! Little did I know this would be the start of long, affectionate relationship with the land of the rising sun. It doesn’t feel very long ago but, if take the time to think about it in more detail, the change has certainly been signiﬁcant.
Little backstreet bars (aka izakayas) were a dime and a dozen in every Japanese ski town. You considered yourself lucky if you found an English menu in a restaurant. High-rise condos weren’t standing proud at the bottom of the lifts and it was easy to get fresh tracks every single run. The NZ dollar to Japanese yen exchange rate wasn’t particularly favourable and Japan was still sitting around number 3 or 4 on most avid snowboarder’s “one day I’ll get there” list.

At that time I was bouncing between a life of coaching snowboarding and attempting to establish a sideline career in writing and photography. Surprisingly, the latter is what first took me to Japan. The following three years saw me writing for WSG Media and culminated in the publishing of the first comprehensive, English-language guidebook specifically about Japan. Snow-search Japan was published 5 years ago now (you can still buy it on Amazon), so the question is, are my opinions on skiing and snowboarding in Japan credible? See what you think, but I warn you... I am rather biased. 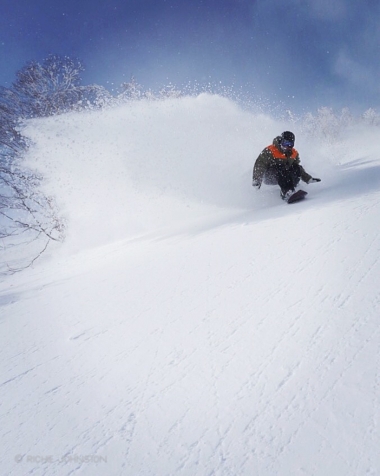 The true meaning of snow-sure

Is ignorance bliss? Or is it just plain ignorance? As much as we in the World of snow sports would love to ignore the impending climate change, we all know that it is upon us and we’re probably a few decades in already. So, yes, let’s invest in solar panels, consider trading in those all-consuming 4L diesels for an electric car like something from the Jetsons (do they make a 4WD version yet?), and plant a tree for every plane we catch (or maybe just make yourself feel better with that convenient little “donate” button).

In 20 years time we may be lucky enough to still be sliding around on snow, but in the meantime, we should probably make the most of what we have. Japan is now considered, by most Kiwis and Aussies, just another option for a Northern Hemi winter holiday or season. It is no longer viewed as far-flung or particularly exotic. Niseko specifically is extremely well-known and has become the most popular ski resort in Asia, with the majority of visitors and investors being from China, Hong Kong, Singapore and other parts of the Asian continent. So is Japan still the best option and why would you go to Niseko? One reason really it is still the most snow-sure ski resort on the planet. By far! Night riding in Japan is like nothing else. Photo by Keith Stubbs (rider: Richie Johnston)

Why I still go to Niseko

This past winter Niseko had three days of RAIN in February. Er, yep...THREE! For us down here in NZ, that's not such a big deal. But mid-winter in Niseko, where the pow falls as regularly as the sun is shining back in home Wanaka, it was certainly a big deal. To the extent where every locals' face had a semi-permanent look of astonishment on it. Of course, this look of astonishment changed quickly the next day when the rain turned into 40 cms of fresh snow. 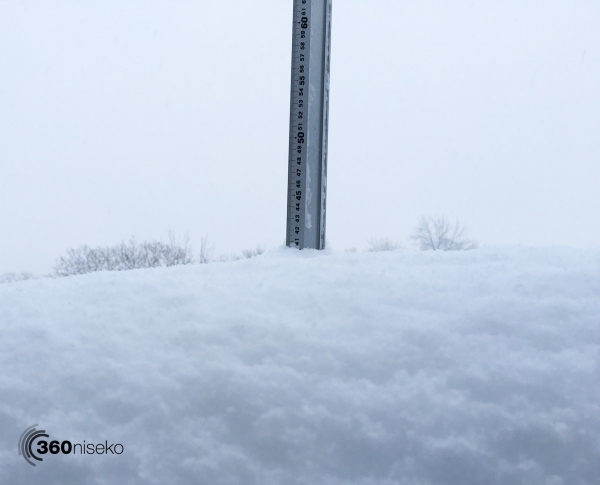 In total, Niseko had 259cms of snow fall in Hirafu Village, during the month of February. That’s more than most NZ ski resorts receive in a whole season! Niseko averages 14m of snow in a season, with 18m being a big year and 12m being a lean year. Do you know anywhere else in the World where 12 metres of snow can be considered “lean”? These stats come from an independent source (i.e. not a ski resort) who measures the freshly fallen snow every morning and even provides the proof. Check them out at 360niseko.com

I go back to Niseko year-in, year-out, partly because I get to ride powder as much as drink coffee, but also because that’s where the opportunities have taken me. I coached and guided there with Niseko Academy for about ﬁve years, but now I work solo with a young competitive snowboarder, while running a few SBINZ instructor courses at either end of the season. It’s a short winter for me, usually around 10 weeks in total (which is more than enough), and I still have the time to keep my work back in NZ ticking over. So what’s not to like about Niseko? The amount of snow shovelling maybe?

Climate change has certainly effected Japanese winters, but it's quite probably less than everywhere else around the globe. The main island of Honshu (where Hakuba, Myoko and Nozawa are all located) had a tougher winter this past season, making it a little more comparable to the rest of the World. Central Hokkaido, where Furano, Tomamu and Asahidake are found, had a decent winter, but signs of climate change are also creeping in there too.

All in all, Niseko is still lucky enough to receive massive light and dry snowfalls on a regular basis. It's the best combination of quality, quantity and regularity! So even if you're only visiting for one week, you're still highly likely to score multiple powder days.
If 2017 is going to be your first visit to Japan, make Niseko your first stop but not your last. It's an easy place to used to some Nihongo and dial in your chop stick talents, without feeling like a fish out of water. Score some fresh in Niseko, then head elsewhere for a more cultural experience. For me, next year will be my 10th winter heading to Japan. I'll be back for sure - in some capacity or other. 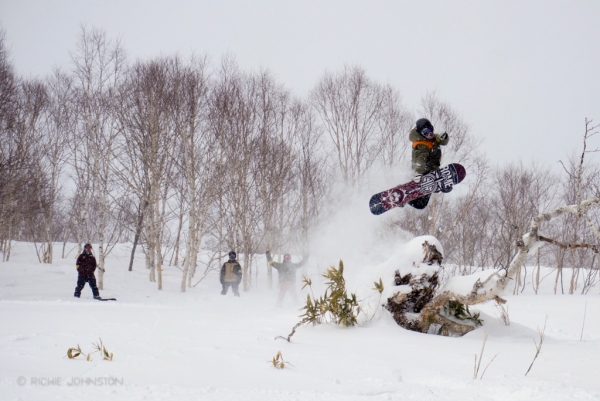