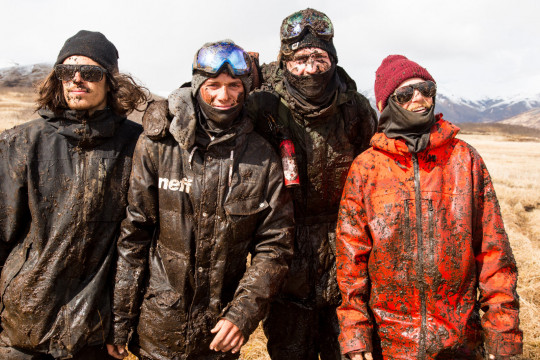 This year Rome Snowboards set out to explore snowboarding in places you would not expect. For their first trip they traveled to Kazakhstan. For this second trip, the crew set out to the far removed Southwest peninsula of Alaska to a range of mountains called the Aleutians. Little was known about the zone, how the snow was, or if you could even snowboard there. Rome riders Cody Booth, Aspen Rain Weaver, and Thomas Delfino were up for the adventure, so see what happened in the second film of ‘Find Snowboarding’.